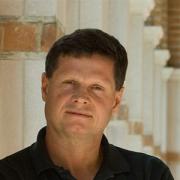 Prof. Peter Nordlander (ResearcherID A-2560-2008) obtained his PhD degree in Theoretical Physics at Chalmers University of Technology in Gothenburg in Sweden in 1985. After postdoctoral positions at IBM Thomas J. Watson Research Center at Yorktown Heights (USA), AT&T Bell Laboratories at Murray Hill (USA), and Rutgers University he joined the faculty at Rice University in 1989 and is currently Wiess Chair and Professor of Physics and Astronomy, Professor of Electrical and Computer Engineering, and Professor of Materials Science and Nanoengineering. He has been a Visiting Professor at University of Paris and at the Institute of Physics at the Chinese Academy of Sciences and currently holds Visiting Professor positions at Peking and Wuhan Universities. His research background is in theoretical condensed matter physics and nanophysics. His current research is focused on the theoretical and computational modeling of Plasmonics and Nanophotonics phenomena. He is an associate editor of ACS Nano. He is a fellow of APS, AAAS, SPIE, OSA, and MRS and is the recipient of the 1999 Charles Duncan Award for Outstanding Academic Achievement (Rice University), the 2013 Willis E. Lamb Award for Laser Science and Quantum Optics, the 2014 Frank Isakson Prize for Optical Effects in Solids, and the 2015 R.W. Wood Prize in Optics. He has published more than 350 refereed articles, given more than 400 invited presentations at international conferences and workshops, been cited more than 50,000 times with a Web of Science h-index above 100, and is a Thomson Reuters Highly Cited Researcher in Physics, Chemistry, and Materials Science.

Peter Nordlander has made several pioneering theoretical contributions to the field of plasmonics. His theory of plasmon hybridization has laid the foundation for a rigorous yet intuitive understanding of how plasmons on adjacent nanostructures interact and hybridize to form collective modes. His prediction that Fano resonances can result from interactions between sub- and superradiant plasmon modes, has laid the foundation for the rational design of coherent plasmonic structures. His studies of quantum effects in plasmonic systems, establishing the limits of validity of classical electromagnetic descriptions and predicting new optical effects, have laid the foundation for the novel field of quantum plasmonics.

His development of the plasmon hybridization (PH) picture is the fundamental theoretical breakthrough that underlies the current conceptual view of plasmonic nanostructures as artificial molecules. In the PH method, originally published in Science 302(2003)419 and detailed in JCP 120(2004)5444, he shows that the plasmons of complex metallic nanostructures can be expressed as linear combinations of plasmons associated with their elementary parts, analogous to how atomic orbitals interact and hybridize in molecular orbital theory. This concept is now a central paradigm in plasmonics research, used extensively by researchers across the physical sciences, engineering and biomedical technology. Since these two original papers, Nordlander has further extended the PH concept to many novel geometries (reviewed in Acct. Chem. Res. 40(2007)53, Chem. Rev. 111(2011)3913, and Adv. Mat. 24(2012)4842). Notable successes include: the study of the plasmonic dimer (two adjacent nanoparticles) published in Nano Lett. 4(2004)899 where he showed that the high field regions in dimer junctions that give rise to single-molecule sensitivity in SERS (known as“hot spots”) are caused by the admixture of dark multipolar nanoparticle plasmons; and the introduction of group theory as a powerful tool for analyzing plasmon modes in complex structures (J. Phys. Chem. B 110(2006)12302).

In ACS Nano 2(2008)707, he predicts Fano resonances in plasmonic nanoparticle clusters and shows that such radiative coherence and interference phenomena result from the coupling of subradiant and superradiant collective plasmon modes of a common symmetry. This prediction has been experimentally verified in several papers including in Science 328(2010)1135. In a study of nonconcentric ring-disk cavities Nano Lett. 8(2008)3983, he showed that structural symmetry breaking provides a general mechanism for creating and tuning Fano resonances to specifically desired wavelengths, intensities, and line shapes. This conceptual picture has since then been applied extensively for the analysis of coherent plasmonic phenomena in many different systems. He also predicted that plasmonic Fano resonances, due to their narrow linewidths and intrinsic nature as an interference-based phenomena, would be highly sensitive to their local dielectric environment, providing localized surface plasmon resonance (LSPR) sensing capabilities far exceeding that of “standard” plasmonic structures, ACS Nano 3(2009)643 and Nano Lett. 10(2010)3184. This important insight has established a new sensing paradigm, stimulating intense theoretical and experimental activity exploiting Fano resonances for chemical and biomolecular sensing.

Nordlander has also pioneered the field of Quantum Plasmonics, studying plasmonic systems using fully quantum mechanical approaches. His studies on plasmon resonances in nanoshells published in Nano Lett 3(2003)543, verified their classically predicted tunability with shell thickness, and in Nano Lett. 3(2003)1411, he showed that a full quantum description yields optical spectra in excellent agreement with experimental results. In an application to a plasmonic dimer published in Nano Lett. 9(2009)887, he showed that quantum effects can result in profoundly different optical properties than what is predicted by classical approaches. For instance the charge transfer plasmon (CTP), a new plasmon mode which can appear for subnanometer interparticle separations due to electron tunnelling between the particles. The onset of electron tunneling also drastically reduce the plasmon-induced field enhancements relative to classical predictions. In an application to plasmonic nanorods, he showed that nonlocal screening can significantly reduce the field enhancements at the tips of nanorods (ACS Nano 4(2010)5269). Recent work includes the development of fully quantum mechanical methods for describing the coupling between plasmonic and excitonic systems resulting in hybrid mixed plasmonic and excitonic states, so called Plexcitons (Nano Lett. 11(2011)2318) and the prediction and verification of hot electron production from nonradiative plasmon decay (Science 332(2011)702). Such hot carrier production can be exploited in a variety of plasmon-enhanced light harvesting applications including photodetection (Nano Lett. 12(2012)3808) and photocatalysis (Nano Lett. 13(2013)240).