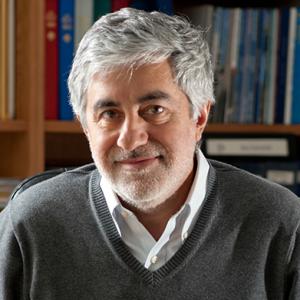 Research in the Scuseria group straddles between quantum chemistry, condensed matter physics, and materials science, focusing on novel methods for electronic structure theory, particularly strong correlation, and applications to molecules and materials of importance for energy and the environment.

Gustavo E. Scuseria is the Robert A. Welch Professor of Chemistry, Professor of Physics and Astronomy, and Professor of Materials Science and NanoEngineering at Rice University, in Houston, Texas, USA. Professor Scuseria was born in Argentina and is a naturalized US citizen.  He received his Ph.D. from the University of Buenos Aires in 1983. He was a postdoctoral researcher at the University of California, Berkeley, and University of Georgia before joining the faculty at Rice in 1989.

Professor Scuseria’s main research field is computational quantum chemistry, an area where he has made seminal contributions to the development of new methodologies and their application to molecules, solids, and nanoscale systems. Scuseria is also well known for his contributions to the Gaussian suite of programs, a popular software package for quantum chemistry calculations used in academia, government, and industry. He is the author of more than 490 publications that have received more than 56,000 citations according to Web of Science. His h-index is 99. He has been listed as “Highly Cited Researcher” in 2006, 2015, 2016, and 2017. Scuseria has presented more than 370 invited lectures at international conferences at academic and research institutions all over the world including named lectures like Moses Gomberg (U of Michigan), Eolo Scrocco Colloquium (U of Pisa), CUSO lecture Series (Geneve, Lausanne, Bern, Fribourg), John L. Margrave Memorial Lecture (Rice U), and Robert S. Mulliken (U of Georgia).

Scuseria has been co-Editor of the Journal of Chemical Theory and Computation published by the American Chemical Society since 2006. He is currently in the Scientific Advisory Board of the Max-Planck Institute for Solid State Research, Stuttgart, and the Scientific Advisory Board on the Many Electrons Initiative of the Simons Foundation in New York. He has organized international conferences and workshops, reviewed for numerous journals and funding agencies, and participated on multiple editorial boards.