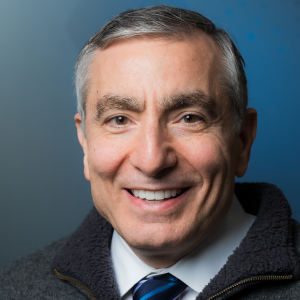 James M. Tour, a synthetic organic chemist, received his Bachelor of Science degree in chemistry from Syracuse University, his Ph.D. in synthetic organic and organometallic chemistry from Purdue University, and postdoctoral training in synthetic organic chemistry at the University of Wisconsin and Stanford University. After spending 11 years on the faculty of the Department of Chemistry and Biochemistry at the University of South Carolina, he joined the Center for Nanoscale Science and Technology at Rice University in 1999 where he is presently the T. T. and W. F. Chao Professor of Chemistry, Professor of Computer Science, and Professor of Materials Science and NanoEngineering. Tour has about 650 research publications and over 200 patents, with an H-index = 129 and i10 index = 538 with total citations over 77,000 (Google Scholar). He was inducted into the National Academy of Inventors in 2015. Tour was named among “The 50 Most Influential Scientists in the World Today” by TheBestSchools.org in 2014; listed in “The World’s Most Influential Scientific Minds” by Thomson Reuters ScienceWatch.com in 2014; recipient of the Trotter Prize in “Information, Complexity and Inference” in 2014; and was the Lady Davis Visiting Professor, Hebrew University, June, 2014. Tour was named “Scientist of the Year” by R&D Magazine, 2013. He was awarded the George R. Brown Award for Superior Teaching, 2012, Rice University; won the ACS Nano Lectureship Award from the American Chemical Society, 2012; was the Lady Davis Visiting Professor, Hebrew University, June, 2011; and was elected Fellow of the American Association for the Advancement of Science (AAAS), 2009. Tour was ranked one of the Top 10 chemists in the world over the past decade, by a Thomson Reuters citations per publication index survey, 2009; won the Distinguished Alumni Award, Purdue University, 2009; and the Houston Technology Center’s Nanotechnology Award in 2009. He won the Feynman Prize in Experimental Nanotechnology in 2008, the NASA Space Act Award in 2008 for his development of carbon nanotube reinforced elastomers, and the Arthur C. Cope Scholar Award from the American Chemical Society for his achievements in organic chemistry in 2007. Tour was the recipient of the George R. Brown Award for Superior Teaching in 2007. He also won the Small Times magazine’s Innovator of the Year Award in 2006, the Nanotech Briefs Nano 50 Innovator Award in 2006, the Alan Berman Research Publication Award, Department of the Navy in 2006, the Southern Chemist of the Year Award from the American Chemical Society in 2005, and The Honda Innovation Award for Nanocars in 2005. Tour’s paper on Nanocars was the most highly accessed journal article of all American Chemical Society articles in 2005, and it was listed by LiveScience as the second most influential paper in all of science in 2005. Tour has won several other national awards including the National Science Foundation Presidential Young Investigator Award in Polymer Chemistry and the Office of Naval Research Young Investigator Award in Polymer Chemistry.